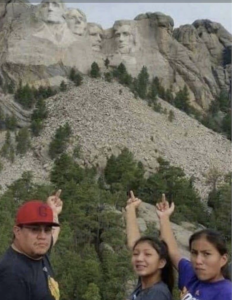 “sheriff” F##K Texicans Salazar is emptying his colon into his fruit of the Looms because some of his child raping, wife raping, thriving, Texican and American hating illegal invading criminals “rights” are being violated for doing all the shit he arrest Real Texicans for doing.

is making sure Texas is being overrun by criminal invaders who hate Texicans/Texas and “sheriff” FUCK Texicans Salazar is helping them do it.

Four migrants bused into New York City from Texas were busted for snatching thousands of dollars in merchandise from a Nassau County mall, officials said Monday.

Wrallan Cabezas Meza, 19, Miguel Angel Rojas, 21, Rafael Rojas, 27, and Jose Garcia Escobar, 30, are accused of driving from the Big Apple to Garden City and stealing $12,489 in goods from Macy’s Roosevelt Field earlier this month, according to county police.

Cops caught the crew shortly after the Jan. 9 heist in Hampstead when Meza was pulled over for allegedly failing to use a turn signal in a 2006 BMW with bogus plates, a criminal complaint in the case states.

The suspects later told a Spanish-speaking Nassau County detective that they came to New York City on a bus from the Lone Star State, Detective Lt. Richard Lebrun said.

It was unclear when they were brought up north, but Meza crossed the US-Mexico border on July 4, 2022, and the others during September last year, according to Nassau County cops.