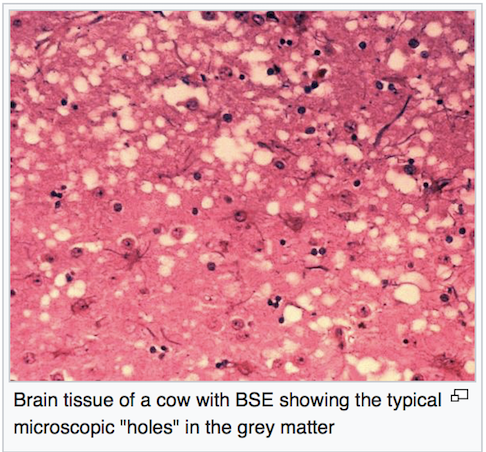 The Spiked Protein delivered to the bloodstream via the killer jab is a spiked protein with a trifold head just like the ones which cause Mad Cow Disease, Parkinson’s disease, and Lou Gehrig’s Disease, all of these know to mess up motor skills, balance and leave the infected a drooling stumbling pitiful creature.

There are Reports of pilots with blood clots.
Planes hitting the ground all over the world being blamed on “engine failures” or “unknown reasons’.

Canada grounded their Mad Cow Maxx Vaxxed pilots by the insurance companies saying the could not insure planes, cargos or passengers flown by experimentally jabbed pilots as their rules forbid insuring such for planes flown by pilots on experimental medications or procedures.

My nephew a private pilot took two jabs because his over schooled liberal son and daughter in law would not allow him to be around his grandkids otherwise.
Some weeks later he had what was probably a ministroke where he said it was like when you are young and drink so much you are sick as hell and the world is spinning.
He had to sit down and could not see out of one eye for about twenty minuets.
If he had been flying, he would have crashed.

I told him the other day if he ever flies again he is a fool who is putting his own life and anyone on the planes life in danger.

Now it might seem an airline trying to sabotage their own company is insanity.

One has to study long and hard, go down a lot of rabbit holes before one realizes the same very rich evil asses, a handful of families basically own every International corporation in the world.

They run the paper trail through boards of directors, front men who are allowed to get rich and live the high life and such muddying the waters, but most all big corporations are vin the end owned by the same bunch forcing the killer jab on humanity.

They own the printing presses which print paper money which is “loaned” to countries at Usury interest.
they ca priest all the money they need or want.
they can set up new corporations with newly printed fiat currencies seven days a week, anytime they want.

When a corporation goes down, it is not the rich ass holes who lose, it is the “share holders” who were stupid enough to get involved with the house always wins Wall Street rigged game.

The evil ones trying to kill off most of humanity with killer jabs will have no use for many different airlines if they succeed in killing off humanity to the 500 million level they want to.

Southwest airlines canceled nearly 2,000 flights between Saturday and Sunday – blaming the FAA and the weather for problems that didn’t seem to affect other airlines. According to FlightAware, Southwest canceled over 1,000 of the flights on Sunday.

“We experienced significant impact in the Florida airports [Friday] evening after an FAA-imposed air traffic management program was implemented due to weather and resulted in a large number of cancellations,” Alan Kasher, who oversees Southwest’s flight operations, in a statement obtained by several news outlets on Saturday.

About 800 Southwest flights were canceled on Saturday, according to flight-tracking website FlightAware. Other major carriers, including American Airlines and Spirit Airlines, appeared to have significantly fewer disruptions.

As Jack Phillips of The Epoch Times points out, the firm’s Saturday statement also blamed the issue on air traffic control problems and the weather.

“We experienced significant impact in the Florida airports yesterday (Friday) evening after an FAA-imposed air traffic management program was implemented due to weather and resulted in a large number of cancellations,” Southwest said.

There was speculation on social media that the flight cancelations were being triggered by employees calling in sick en masse. In its statement Saturday, Southwest did not make reference to the speculation.

“Southwest Airlines must join our industry peers in complying with the federal government’s COVID-19 vaccination directive,” Southwest CEO Gary Kelly announced on Oct. 4, explaining that the company works as a federal contractor and needs to comply with President Joe Biden’s September vaccine mandate for federal employees and contractors. That prompted a lawsuit from Southwest’s pilot union, the Southwest Airlines Pilots Association, which is seeking a court injunction against the mandate.

On its website Saturday, the Southwest Airlines Pilots Association blamed the cancelations on “a number of issues, but we can say with confidence that our Pilots are not participating in any official or unofficial job actions,” in an apparent reference to speculations about employees calling in sick.

“Our Pilots will continue to overcome [Southwest Airlines] management’s poor planning, as well as any external operational challenges, and remain the most productive Pilots in the world,” the statement continued. “They will continue to be focused on their highest priority—safety.”

Meanwhile, on Sunday morning, there were long lines at Southwest’s ticket counter in the Tampa airport, according to local media.