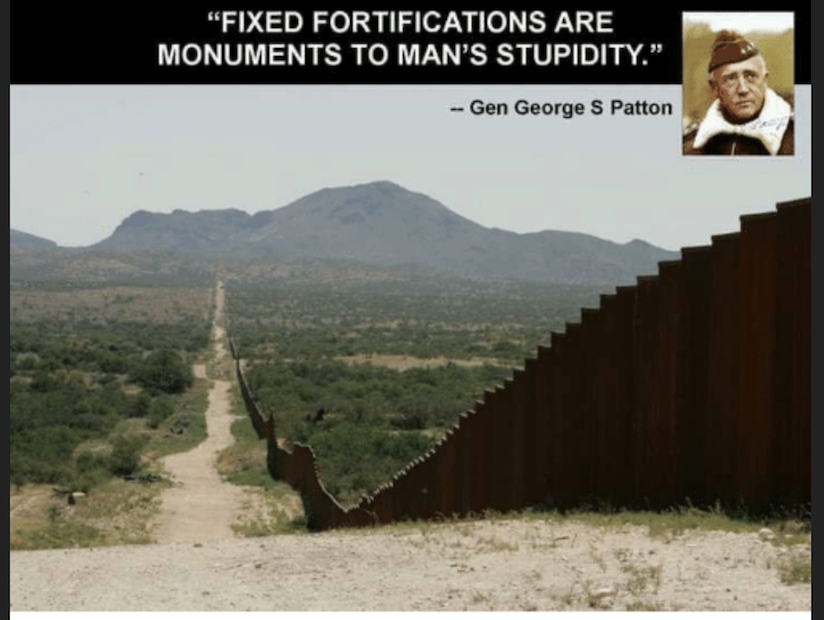 Building a damn wall to try to “keep out” the Invasion from Mexico while luring  them in with “free’ everything once they are here is the height of either hypocrisy or stupidity.

Driving  on the streets of San Antonio nowadays is like a demolition derby.
Half of the gentuza of Mexico are here, half of them are drunk driving, the other half don’t know how to drive.

And not a DAMN thing is being done by the San Antonio “police” to curb this Micky Mouse Shit and danger to Native Texicans.

The walls which currently exist between Mexico and North of the Border America has not stopped the invasion nor the drug trafficking.

There are tunnels found under the walls all the time.
They cut through the walls.
I recall reading where the Mexican drug cartels used a crane.
They would find lonely stretch of wall, position a crane on the South side of the wall, drive a pickup loaded with drugs to the wall, with the driver and shot gun rider in the seat, lift the pickup, sit it down on the North side of the wall, the shot gun rider would undo the straps, and away went a pickup loaded with drugs North of the Border.

After WW 2 the French spent enormous time and money building the Maginot Line which they said would stop a German Invasion. 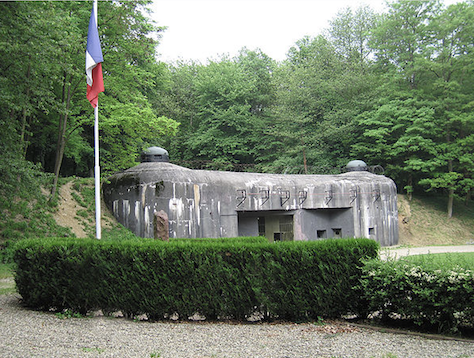 The Germans just went around it, France fell in a matter of days.

If one reads of the construction of the Great Wall of China, Millions of Chinese were worked to death in harsh slave like conditions building the wall which was supposed to protect the Chinese Dynasties. 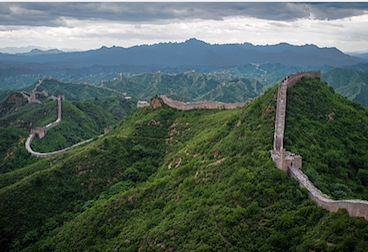 In the end, the barbarians bribed the guards and rode right through.

Want to stop the Invasion from Mexico of the Occupied Republic of Texas?

Un-occupy the Occupied Republic of Texas by the USA.

Once the communistic USA Occupiers are run out of Texas, Texicans know how to put a stop to this Micky Mouse Shit, while running out of Texas the child raping, thieving, murdering, rude dangerous to natives Texican sons of bitches which the USA and their Bitch, ‘THE STATE OF TEXAS” has already forced on Occupied Texicans.

Texas governor Greg Abbott announced Thursday that the state will begin erecting its own border barriers because the Biden administration is failing “to do its job” on the border and protect Americans from lawlessness.

In an interview with Breitbart News, Abbott said Texas “will immediately begin building border barriers in areas where migrants can easily cross the Rio Grande border with Mexico.”

Abbott was attending a a border summit in Del Rio, Texas where he noted that the city is “is suffering from some of the largest increases” of undocumented migrants.

“They’re seeing a lot of very bad dangerous people come across the border. People that they are afraid of encountering, people who are causing damage to their fences, their livestock, their crops, their neighborhoods, and their homes,” Abbott urged.

“Bad things are happening around here, and so they need help from the state to help them address this exploding crisis,” the governor further explained.

“What people have seen in videos across the country seems to be the Biden Administration welcoming these people to the United States,” Abbott coninued, adding “We won’t be sending that message.”

MORE yankee BULL SHIT FROM OLE ALL HAT AND NO CATTLE A-BUTT: