A LITTLE BOY FROZE TO DEATH RIGHT OUTSIDE OF San Antonio BECAUSE OF THEASE TWO A$$ HOLE’S red RUSSIAN COMMiE BS!Dozens of studies show that lockdowns were an ineffective pandemic response. The list just got longer.

Recognizing the Failure of Lockdowns

The COVID-19 pandemic is finally winding down and more and more people are beginning to acknowledge some hard truths about the failures of the collective response to the virus.

George Orwell famously observed that during deceitful times telling the truth is a revolutionary act, so the fact that so many people are finally acknowledging hard truths appears to be a sign we are emerging from deceitful times.

For some, such as Dr. Anthony Fauci, these truths are bitter medicine. As Hannah Cox recently observed, Fauci has been on the wrong side of numerous pandemic confrontations with Sen. Rand Paul—and has found himself on the losing end each time.

Yet facts are stubborn things. And 14 months after the pandemic’s arrival, we have an abundance of data that shows stay-at-home orders backfired and lockdowns were terribly ineffective at slowing the spread of the virus.

The harms of lockdowns, however, are undeniable: economic collapse, millions of jobs and businesses lost, rampant spending, surging debt and poverty, an explosion of drug overdoses, poor mental health, and a collapse of health screenings (including cancer) that will result in hundreds of thousands of excess deaths in the coming years—if not millions.

It will not be easy to acknowledge this failure. As The New York Times noted in 2017, humans struggle mightily to admit we were wrong. 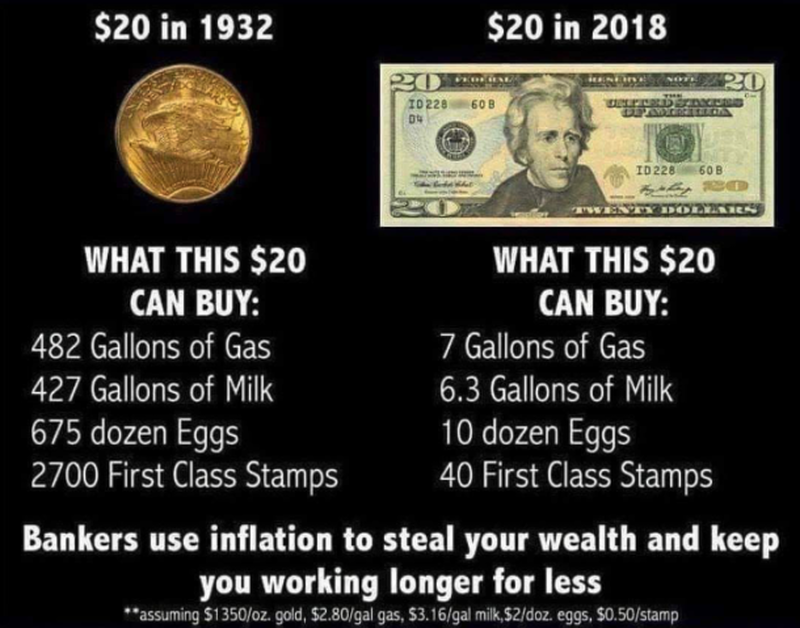 Authored by Alasdair Macleod via GoldMoney.com,

A number of events are coming together which are set to push gold prices higher. Besides a combination of continuing inflationary policies and massive future budget deficits undermining the dollar, by closing down derivative market activities new Basel 3 regulations appear set to deflect some demand into physical metals. Furthermore, liquidity in gold markets will contract, potentially making prices more volatile

This article looks at how these developments will affect the undeclared but very real financial and propaganda war being waged by America against China.

China is moving on, enlarging its own middle class which will benefit from a stronger yuan, much as the German and Japanese economies did between 1970—2000. Having dominated economic developments until now, the export trade is becoming less important. With this dependency lessening, the argument in favour of a coup de grace against the dollar by China revealing its true gold position is increasing.

In this article, China’s undeclared gold reserves are quantified, and we can be confident that China has at least 20,000 tonnes “off balance sheet”. For China to openly declare her gold position always was her final, almost nuclear option in the financial war waged against her by America. Unwittingly, by diverting demand from paper gold to physical bullion, Basel 3 may have brought forward that day by default.

The imminent introduction of Basel 3’s net stable funding ratio is going to have a major impact on the global banking system, and it is a reasonable assumption that government agencies concerned with geopolitical implications will be considering it from that point of view. And nowhere is this more important than for gold, and by implication the dollar’s unrivalled hegemony.

With China having restricted credit expansion for about a year, its economy is in a different position from that of the major Western economies. The US, the EU, Japan and the UK have continued to give credit free rein with zero and negative interest rates. With China at a different stage of its credit cycle, strains are bound to surface across the foreign exchanges. China’s yuan is strong, having risen by 10% against the US dollar over the last year, and it is likely to continue to rise.

It is hardly surprising that the Chinese are warning the West about financial market bubbles. While there may be an element of crowing by China’s monetary authorities about how wrongfooted their Western counterparties have become while they themselves acted against price inflation early, they are correct. I devoted last week’s article to the consequences of ignoring the threat of rising prices, primarily the outcome of ultra-loose monetary policies.

It is worth noting that statements by the Chinese about the US and vice-versa are in the context of an on-going financial conflict. So far, China has survived all US attempts to destabilise it, having successfully deployed the Sun Tzu tactic of bending with the wind. But Sun Tzu also warned that there is no instance of a country having benefited from prolonged warfare. At some point and when the time is right, China must be prepared to take the initiative and inflict a final financial defeat on its aggressors. Perhaps the Basel 3 move will trigger the event for her by driving the dollar price of gold higher, destabilising the dollar.

Furthermore, China has always understood that relying on export surpluses to America to drive her economy was a transitory phase because of the likely kickback, which is what happened under President Trump.