UNITED STATES THE CORPORATION:THE TRUTH FOX NEWS WILL NOT TELL YOU 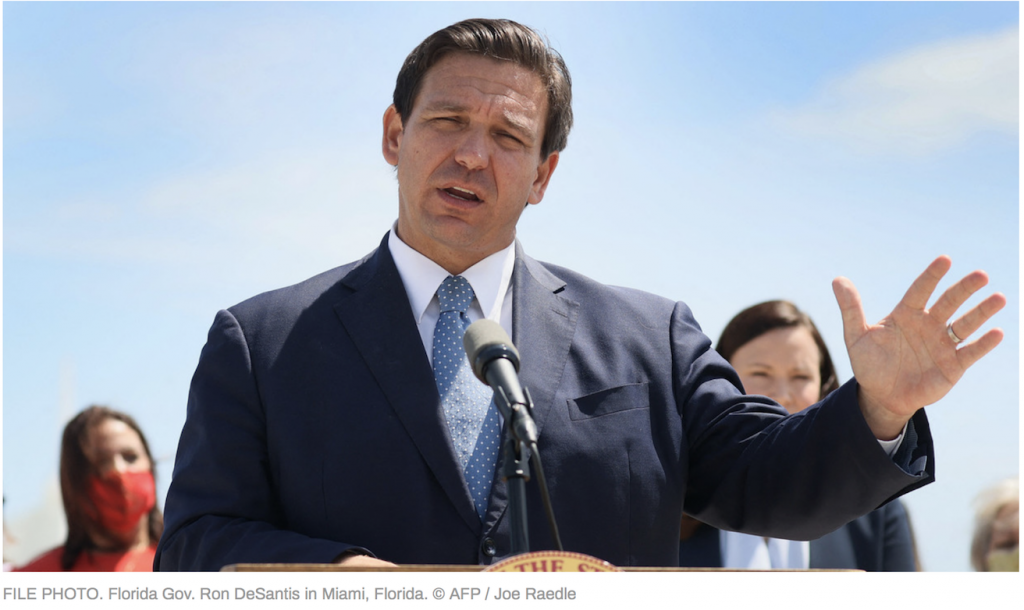 I don’t like politicians and I consider both Texas & Florida occupied by invasive  evil Southern child gang raping till death, thieving, lying, burning grandma & grandpa to death in their own homes, starving tens of thousands of non combatants to death, gang raping ministers daughters because their fathers prayed to God for their Country and Leaders as the Bible says to, mass murdering tens of thousands of Non Combatants by burning/shelling whole cities filled with non combatants, digging up the dead to rob, church, farm house, courthouse, college, out house, barn and pig pin burning  USA terrorist yankees.

However, if I could make a trade, I would gladly send Florida A-Butt for their Guvnor, and throw in the Scalawag Ted Cruz.

Republican Florida Governor Ron DeSantis has announced he will pardon all Floridians who have been legally charged for breaking coronavirus restrictions on mask wearing and social distancing, arguing guidelines should be advisory.

Appearing Wednesday on Fox News with Florida gym owners Mike and Jillian Carnevale, who were arrested on several occasions and threatened with months in prison for allowing people to enter their business without a face mask, DeSantis said he would overrule the “total overreach” against them.

“This is exactly what we ordered against last summer, many months ago,” the governor declared, before announcing that “effective tomorrow morning” he would “sign a reprieve under my constitutional authority” that would “delay the case for sixty days.”

DeSantis then also revealed that in the coming weeks he would “issue pardons, not only for Mike and Jillian, but for any Floridian that may have outstanding infractions for things like masks and social distancing.”

“The fact is, it’s not even right to be wearing masks when you’re exercising,” he argued, noting that the World Health Organization “advises against it” and that coronavirus restrictions “should be advisory.”

DeSantis – a close ally to former President Donald Trump – has been a staunch opponent of authoritarian practices during the Covid-19 pandemic.

Unlike many other governors, DeSantis has called coronavirus lockdowns a “mistake,” rejected mandatory face masks, and overruled local authorities’ restrictions.