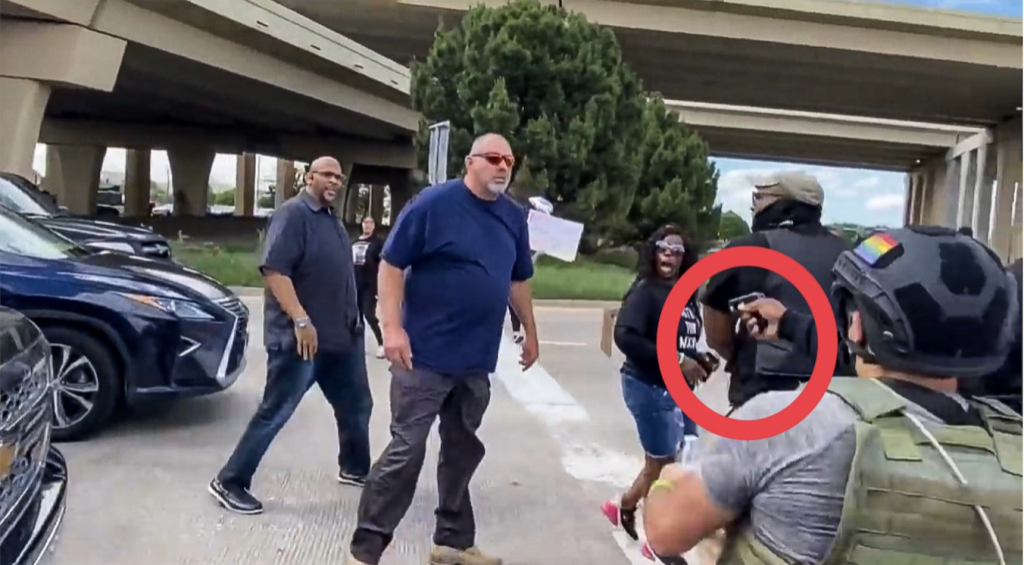 One man got out of his truck, confronted the mob and started screaming at them to get the f**k out of the road!

One of the left-wing protesters pulled out a weapon (presumably a pistol) and pointed it at the driver who confronted the mob.

The Plano police officer took the side of the BLM-Antifa mob and allowed the dangerous left-wing militia to illegally block the highway.

The man who attempted to clear the road was doxxed by leftists and charged while the law-breaking traffic-blockers walk free!

“I instructed one of my top deputies to contact the Plano Police Chief to get more details. What he heard paints an even worse picture that the video alone depicts,” Ken Paxton said in a statement.

“First, the Chief told my deputy that while the weapon drawn wasn’t a pistol, it was, in fact, a “pepper ball gun.” In a separate conversation, the Chief claimed it was a “taser.” In a recent Facebook post, the Department is now saying it was a “electronic control device.” Paxton said. “Whatever it was, the police declined to pursue the leftist who brandished the weapon, and no charges are being pressed against him.”