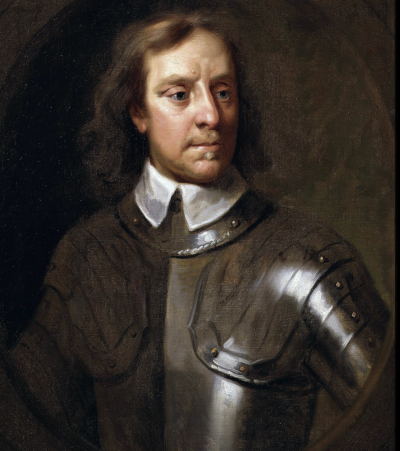 Here is an article which shows you the puritan yankee evil had it’s birth in England, and was transplanted to America Via the Mayflower.

They slaughtered the Peaceful Quakers to run them off their land in early America, then spilled over into the Dutch colony of New York, stole it using invasion with offspring, and “democracy” to out vote and steal what the Dutch settlers had built.

They invaded the Confederate States of America, using gang rapes till death of children, wives, grandmothers, the occasional farm animal, (the ones they did not steal or kill to starve civilians into accepting slave hood to the USA), arson, armed robbery on an industrial scale, mass murder both from killing and starvation of civilians, shelling whole cities into rubble filled with unarmed civilians.

Then they lied their asses off writing the big lie of the yankee bull $#it of why and how they beat the Southern Sovereign and now Militarily Occupied Countries.

They could NEVER beat the Southern Countries Armies on the battlefield, even with a steady stream of poor immigrants without jobs their paid to go gang rape little southern children, ministers daughters and grandmas (often till death) resulting in a 3 to 1 numeral (but sure as hell not moral or legal) superiority and illegal blockades of the Southern Countries Ports.

Then they finished Geocoding the Native Americans, and took their evil invasions without right to do so on the road to the rest of the world, currently mass murdering defenseless innocent children and unarmed non combatant civilians of countries they illegally invaded till this very day.

On a brighter note, the story mentions my immigrant ancestor John Washington who fled England to get away from the evil of the yankee puritans, my 2nd  cousin George Washington who was a better warrior than a Statesman.

I would say politician, but the connotation of a  politician from DC has taken on a horrible Child Raping, Child murdering, Stealing and selling America out to evil Child Raping Usury International “bankers” un-honorable meaning.

George got fooled by the yankee’s fighting with him in the revolution.
He equated bravery on the battlefield by a few yankees with having honor.
He learned the hard way the yankee had no honor.

Officially he was supposed to be part of a minor trade voyage to transport tobacco to the colonies.

But secretly John had no intention of ever returning home. He wanted to sail as far away from England as he could.

Britain in the 1657 was a pretty miserable place. A series of civil wars throughout the 1640s had left the country impoverished and chaotic, leading to the dictatorship of Oliver Cromwell.

Cromwell, in theory, was supposed to be on the side of the commoners who wanted to limit the power of the monarchy. But after installing himself as “Lord Protector” in 1653, Cromwell turned out to be more dangerous and autocratic than even the most tyrannical of kings.

He fought costly, unnecessary wars of ego, and paid for it all by raising taxes far beyond his predecessors. Yet despite the high taxes, he ran a massive budget deficit and further indebted the country.

His administration jumped into bed with big business (like the East India Company, which “loaned” him the princely sum of 60,000 pounds), yet over-regulated artisans, merchants, and small shopkeepers.

He even confiscated property of those who couldn’t PROVE that they had been loyal to him.

Winston Churchill summed it up centuries later when he wrote, “the rule of Cromwell became hated as no government has ever been hated in England before or since.”

It was this hatred for Cromwell that prompted countless people to flee England forever.

John Washington was one of them; he settled in Virginia colony and had a family there. And more than a century later, his great-grandson George helped found a new nation.

It’s fitting that the American origin story of the first US President started with his great-grandfather who had the courage and independence to leave a brutal dictatorship behind.

This story is as old as history; from the Israelites leaving Egypt, to the Mayflower voyage, people have always sought freedom and opportunity abroad whenever their liberties at home are threatened.

Back then it was difficult. Voyages were dangerous and fraught with risk, disease, and starvation.

By comparison, today we have it easy; we can avail ourselves to much of what the world has to offer without leaving our living rooms.

But I’ll come back to that in a moment.

Have you stepped back lately to look at the big picture… to really take in what’s happening in the world? Honestly it’s difficult to believe.

It’s difficult to believe, for example, that we live in a world where several Dr. Seuss titles have been banned. But you’ll have no problems buying a copy of Adolf Hitler’s mostly peaceful Mein Kampf.

It’s difficult to believe that we live in a world where mostly peaceful protesters can pack together to torch cars and destroy property with impunity, yet everyone else is banned from having family over for Christmas dinner.

Power-hungry politicians are playing God with the economy and have established dehumanizing ‘people controls’ to save us against a virus that has a 99% survival rate.

And Lord Protector Fauci has become a tyrant in his own right.

Big Tech and Big Media refuse to allow any discussion about science and public health policy. Any attempt at rational discourse, including from prized scientific minds, results in censorship or banishment.

Children are taught that they are either victims or oppressors. Mathematics is full of white supremacy. History is racist. Biology is subjective. Capitalism is evil.

Big business has jumped on board the bandwagon, with dozens of major corporations blasting “Jim Crow” voting laws because certain state governments want voters to present valid identification before casting a ballot.

And the Twitter mob is there to keep everyone in check, with legions of people dedicated to being offended about something and destroying the lives of every heretic who dares disagree.

The government is fanning the flames of chaos by pushing Neo-Marxist policies, which they want to pay for with punitive, retroactive tax increases.

The US national debt has soared to more than $28 trillion, vastly exceeding the size of the entire economy, with no end in sight.

Meanwhile the central bank roughly doubled the size of its balance sheet in the past year, stoking inflation and creating a dangerous asset bubble that dwarfs the size of the 2008 financial crisis.

It’s extraordinary that five years ago, even two years ago, most of this would have been unthinkable.

But now it’s happened. And with every book they ban, every person they cancel, every demeaning public health order they issue, and every stimulus check they send, these people are emboldened.

And that takes me back to liberty and opportunity.

This isn’t the first time that freedom-minded people have found their world turned upside down.

But we have it far easier than our ancestors ever did.

We don’t have to risk the perils of a long ocean voyage. We have the whole world at our fingertips.

If you’re concerned about rising inflation, for example, you can buy gold online and have it delivered to a secure vault in a safe country of your choosing.

If you’re concerned about declining economic prospects in your home country, you can invest in rapidly growing frontier markets or more competitive foreign nations.

And if you want to have the ultimate Plan B for your family, you can even establish residency in a foreign country, or obtain a second passport.

All of this, in many cases, you can do without ever leaving town.

The world is not coming to an end. But it’s changing. Fast.

There’s no reason to despair or panic. Instead, have the confidence in yourself that you can use the many tools available to take back control of life, freedom, and prosperity.

All it takes is the right information, and the will to act.