IT IS NOT LIKE I AM SUPPORTING WOMEN IN COMBAT.

SOME OF THEM TRIED.

MANY KNEW THEY HAD ONE OF THEM THINGS AND  USED IT TO THEIR FULL ADVANTAGE TO GET PROMOTED AND OUT OF HARD WORK OR DANGER.

A MILITARY IS ABOUT KILLING THE F##K OUT OF THE OTHER SIDE AND BLOWING UP THEIR TOYS,NOT A SOCIAL  ENGINEERING ORGANIZATION.

THE DIFFERENCE BETWEEN CRUZ AND MYSELF, WELL THERE ARE A MULTITUDE OF DIFFERENCES, BUT ON THIS COUNT, I DID MY TIME, I DID MY WAR, AND I DAMN WELL HAVE THE RIGHT TO SPEAK ON THE SUBJECT. 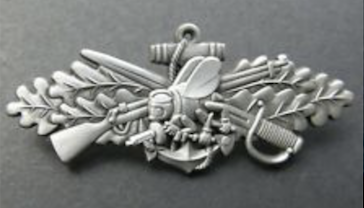 ‘RATSCHILD’S OCCUPATION OF THE Republic of Texas Scalawag “senator” Ted Cruz Who Was not Man Enough for the Military, demands meeting with the Marines commander over ‘political attacks to intimidate Tucker Carlson & other civilians’-‘

Ted Cruz (R-TX) has requested a meeting with the head of the Marines, accusing the Pentagon of launching a coordinated PR offensive against Fox News host Tucker Carlson and others critical of the military’s social justice agenda.

“Under Biden, the military is launching political attacks to intimidate Tucker Carlson & other civilians who criticize their policy decisions. Officials in uniform are being used for the campaign,” Cruz tweeted on Sunday, announcing that he had penned a letter to US Secretary of Defense Lloyd Austin, requesting a meeting with the Commandant of the Marine Corps. He also sought policy changes that ensure the US military won’t be “similarly mobilized against the speech of American citizens or in the service of left wing political causes.”

“Instead of allowing the debate to run its course in public among American citizens and their elected leaders, military officials over the last week have repeatedly launched attacks on Carlson,” Cruz charged, denouncing the military’s conduct as alternating “between being ostentatiously childish and simply outrageous.”

The Pentagon has been in a raging war of words with Carlson, after the latter accused the military of playing identity politics rather than focusing on combat readiness. As an example of its new-found wokeness, the Fox News host cited the creation of “maternity flight suits” that allow pregnant service members to fly missions while expecting. Although the “maternity suits” were already in the works during the Trump administration, President Joe Biden’s mention of the uniform to mark International Women Day apparently triggered Carlson, who lambasted the rule change allowing women to fly non-combat craft into their second trimester as “a mockery of the US military.”

MORE WHINING  FROM A COWARDLY BOUGHT AND PAID FOR RATSCHILD’S TREASONOUS POLITICAL  PUSSY: