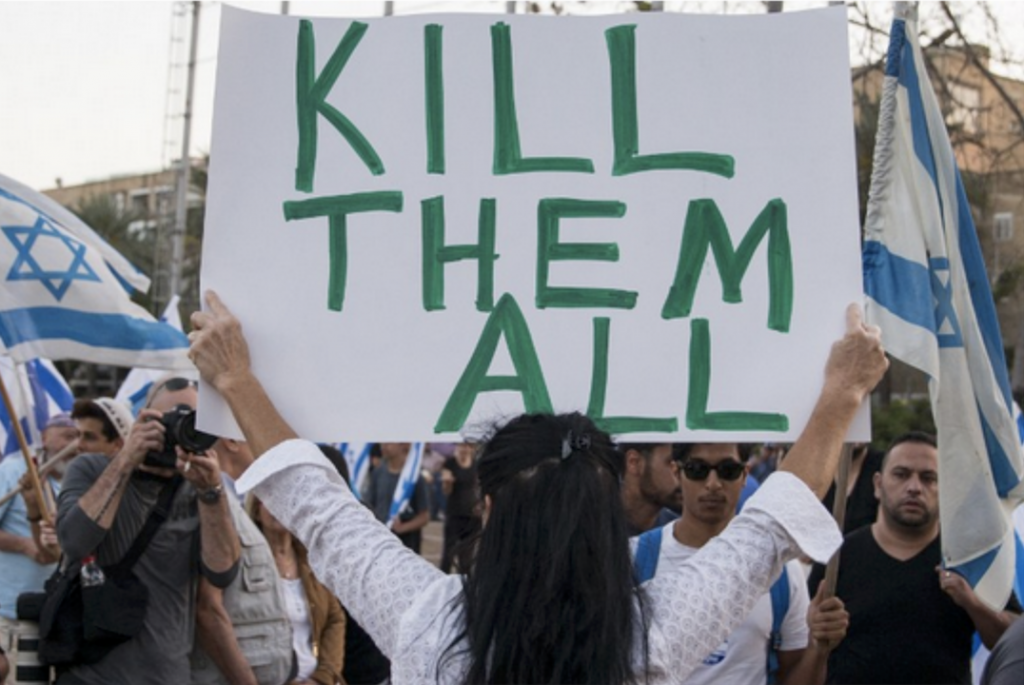 When Aref Jaber went to investigate reports that a group of Israelis were planning to build a settlement outpost on his land near the Kiryat Arab settlement in Hebron, he did not foresee the violence about to come his way.

But the 45-year-old taxi driver was forced to abandon his car – his private car – when he was set upon by what he described as a gang of seven settlers.

By the time Jaber returned, the men had pummeled his car with rocks and stones and smashed the windows.

“Two Israeli soldiers were there watching and didn’t do anything to stop them,” Jaber told The Electronic Intifada.

The attack occurred in early January.

And things soon got worse. Just a week later, settlers blocked the road access to Jaber’s 25,000 square meters of land and uprooted 100 of his olive trees.

That, according to Jaber, was the third time settlers had targeted his land. The fourth happened on 10 February, when they were held at bay by a group of activists until Israeli soldiers turned up, broke up the two groups and declared the whole area a closed military zone.

While that means settlers cannot go there, neither can Jaber. He has, in effect, lost his land because of settler violence.

Jaber is just one of dozens of Palestinians to be targeted – either directly or indirectly – in a monthslong spike in attacks by settlers across the occupied West Bank, including East Jerusalem.

Some incidents have been fatal.

On 10 February, Azzam Amer was killed after being hit by a settler in his car near Salfit, in the West Bank. Israel says it is investigating what Palestinian media reported as a deliberate act.

On 5 February, Khaled Nofal, was shot and killed by an Israeli settler near the town of Ras Karkar. The 34-year-old accountant, a father of one, was unarmed.

Most incidents have resulted in injuries or damage to property.

B’Tselem, an Israeli human rights organization, has reported a total confirmed 49 incidents of violence committed by settlers against Palestinians over just one month spanning December and January.

Nine Palestinians were injured in these attacks, including an 11-year-old girl named Hala Mahmoud Al-Qet.

Hala was hospitalized after a gang of settlers on a vandalism spree in the village of Madama, outside Nablus, pelted her with stones on her way home from her uncle’s house.

The United Nations Office for the Coordination of Humanitarian Affairs reported that of 12 incidents in the period from 5 January to 18 January, eight resulted in physical injuries.

This current round of settler violence against Palestinians began much earlier than December, however.

Al-Haq, a Palestinian rights organization, began recording a spike as far back as July 2020, documenting 68 attacks in the period July to October last year.

It peaked again in December following the death of a young settler, Ahuvia Sandak.