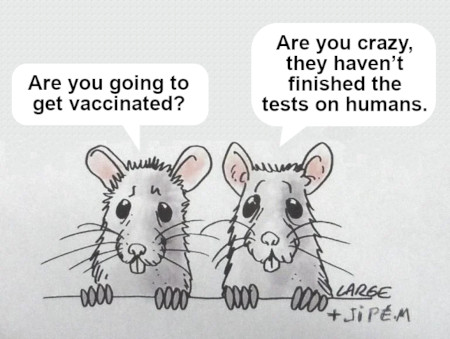 MY FATHER TOLD ME ABOUT THE ONE HORSE TOWN WHERE A NEW YOUNG DOCTOR SET UP PRACTICE, STARTED TAKING ALL THE OLD DOCTORS PATIENTS.

OLD DOCTOR PAID A FELLOW TO GO TO THE NEW DOCTOR AND MAKE A FOOL OF HIM.

MAN GOES TO THE YOUNG DOCTOR SAYS DOC, I CAN NOT TASTE ANYTHING, I CAN NOT SMELL ANYTHING AND I CAN NOT REMEMBER ANYTHING,

YOUNG DOCTOR SAYS LET ME GET YOU SOME PILLS.

HE GOES IN THE REST ROOM, TAKE A CONSTITUTIONAL, ROLLS SOME POOP UP IN LITTLE BALLS, PUT SEVERAL  IN A PILL JAR, GIVES EM TO THE MAN, SAYS TAKE ONE EVERY FOUR HOURS UNTILL CURED.

MAN POPS ONE IN HIS MOUTH AND WITH A DISTRESSED LOOK SAID, DOC, THOSE PILLS TASTE AND SMELL LIKE SHIT!

DOCTOR SAYS, GOOD, WE HAVE CURED TWO OF YOUR THREE PROBLEMS, IF YOU CAN REMEMBER THEY SMELL AND TASE LIKE SHIT IN FOUR HOURS YOU WILL BE CURED AND NOT HAVE TO TAKE ANOTHER ONE.