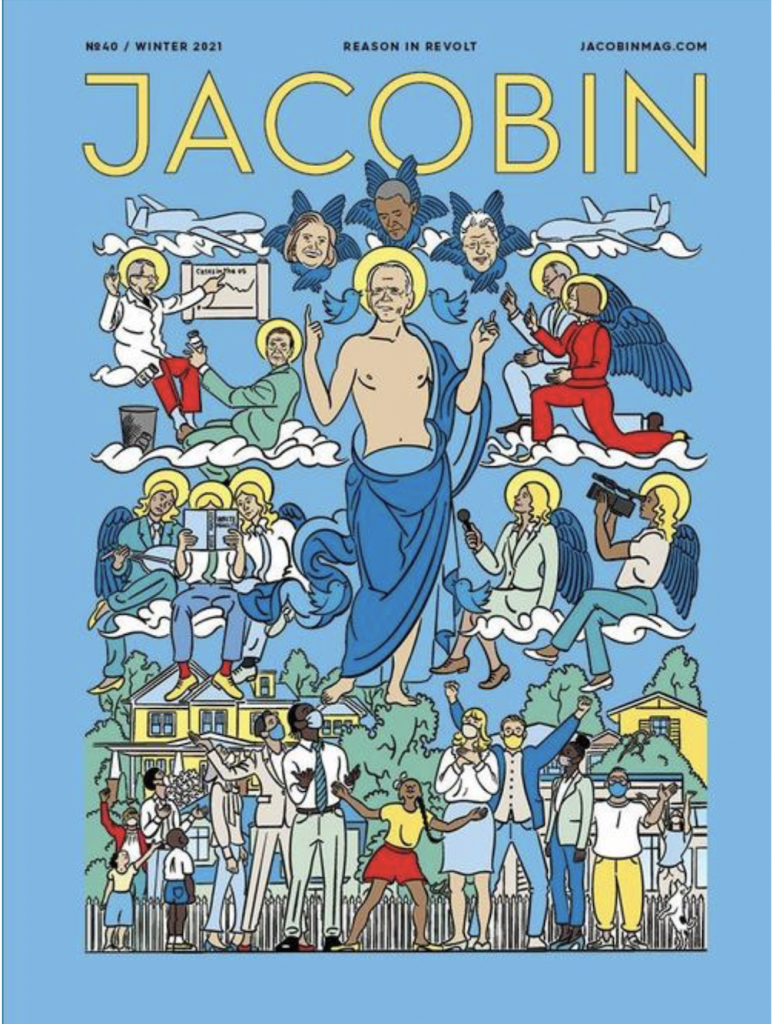 A new magazine cover of the Jacobin is striking a nerve after it appears that the magazine is saying the government is now god and our religion, to be worshipped. It sure begs the age-old question: who do you serve?

If we are ever to be free, we have to remove our consent. That goes for those who worshipped Trump as the messiah as well (and there were plenty.)  We should have never allowed ourselves to see each other as slaves to the ruling class, submitting to democracy (which is mob rule) and letting others have power over anyone else for any reason. Our inability to take the moral high ground has led to us this point in history. Government is now your god. Like it or not.

Describing Trump supporters as a cult has become a trope among his Democratic critics. Which seems ironic, considering how the very same crowd in the past four years tended to invest emotionally in whoever they hoped would end Trump’s presidency. Special Counsel Robert Muller probably received the lion’s share of the prayers, though figures like ex-FBI director James Comey or even Trump’s fixer-turned-critic Michael Cohen basked in some limelight. –RT