First off I view Sodom & Gomorrah on the Colorado “government” of ‘THE STATE OF TEXAS’   AS THE FOR PROFIT CORPORATION IT IS.

My Republic of Texas has been militarily occupied by the War Criminal Military Dictatorship thinly disguised as a “Constitutional Republic”, for 155 years and counting.

The last American General who put America before the Ratschilds & DC’s red Russian Communism was murdered.

The last American President who put America before the Ratschild’s private resort located in occupied Palestine, was murdered in public & on film in Dallas Texas, Occupied Republic of , in 1963.

The USA which is interchangeable with DC,  is dying.

Done deal, no stopping America’s decent into economic devastation and culling of the herd.

A USA “president is a hand puppet for the side shows to keep the sheep entertained as the Ratschilds herd then through the doors of red Russian communism Slaughterhouse.

Still, it goes against my nature to see such a one sided in your face steal of an election.

I guarantee you, if Hands Biden is the one who sits in the Monica Full service Chair of the Oval Office of the big white Cat House located on the banks of the Potomac on the 20th, that decision was made by the head Ratschild before the voting ever started.

But the sheep think it is real.

People have been beat, killed, arrested over this “election”.

So damn it, play it fair or just go ahead an run Comrad KGB Putinisters favorite flag up the staff.

No not this one. 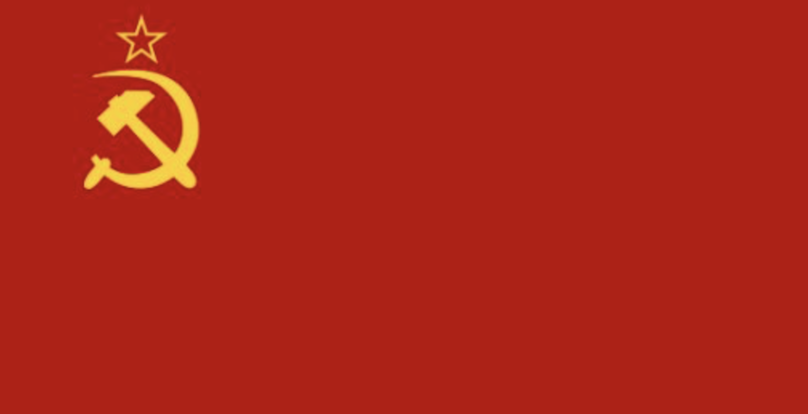 I expect to see it flying over SAN ANTONIO CITY HALL any day now!

A Texas political consultant has been arrested for voter fraud, after her actions were exposed in multiple Project Veritas videos, in which she admitted to ballot harvesting and being paid for “getting the Biden vote out.”

Texas Attorney General Ken Paxton announced the arrest of Raquel Rodriguez on Wednesday. In a public statement, Paxton called claims that there is no voter fraud “false and misleading.”

“Many continue to claim that there’s no such thing as election fraud. We’ve always known that such a claim is false and misleading, and today we have additional hard evidence. This is a victory for election integrity,” he said, going on to cite the Project Veritas videos as the reason for launching the criminal probe in the first place.

“For those in the news media who say there is no such thing as voter fraud and what we do is nothing more than an attempt to ‘undermine elections,’ TAKE A SEAT!” Project Veritas founder James O’Keefe wrote on Twitter in celebration of the news. He then directly called out members of the media who had refuted voter-fraud claims pushed by President Donald Trump and his supporters.

In undercover videos, Rodriguez can be seen convincing at least one voter to change their preference from Republican to Democrat, and giving the same senior citizen gifts, both of which break election laws. Rodriguez goes on to admit she often gifts seniors and ex-prisoners in exchange for votes for certain candidates, and says she is paid for her work.

Rodriguez did not specify who, if anyone, had paid her for Biden votes, but claimed many Republican officials in Texas were trying to “help” in that endeavor. She also identified numerous local officials for whom she had helped harvest ballotsin exchange for money or political favors.