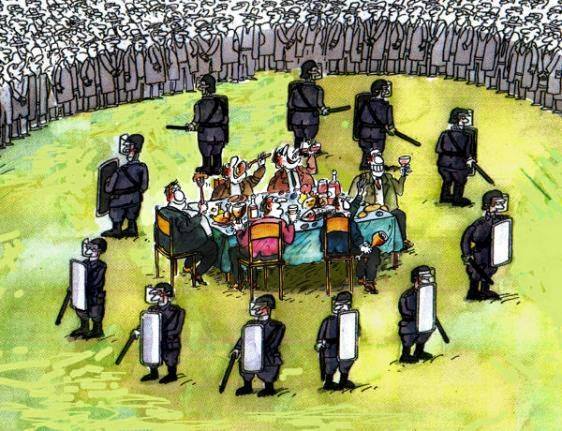 Sylvia Gonzalez ran for city council in her hometown on the outskirts of San Antonio for an old-fashioned reason: She wanted to make a difference in her community. Little did she know her efforts would land her in jail—and in the midst of a lawsuit with big implications for free speech and government accountability.

At 72 years old, Sylvia knocked on more than 500 doors during her campaign for Castle Hills City Council. In the process, she was disappointed to hear repeated complaints about local government and, in particular, the poor performance of the city manager. Sylvia promised to spearhead a petition calling for his removal if elected. After squeezing out a victory against the well-connected incumbent, Sylvia kept her word, organizing a petition calling for a vote of no confidence in a bureaucrat who had come under criticism for mistreating his employees and failing to address residents’ concerns, like fixing their streets.

A nonbinding petition signifying the citizenry’s displeasure with local government is an act of pure political speech clearly protected by the First Amendment. But when the petition was submitted at her first council meeting, Sylvia made powerful—and motivated—enemies. The interests of the incumbents on the council were well represented by the city manager, and they had no interest in a change.

They began harassing Sylvia and devised a plan to remove her from the city council. They assigned a full-time police officer to investigate her. After two weeks of little action on the part of the officer, the mayor and the police chief brought in a “special detective,” who spent another month searching for a way to discredit her. In the meantime, Castle Hills claimed Sylvia wasn’t properly sworn in and tried to replace her on the city council with the woman she’d just beaten.

When Sylvia resisted, city officials escalated their efforts, using the special detective’s investigation to charge her with tampering with a government record—based on the absurd allegation that she had tried to steal her own petition during the very council meeting at which it was introduced. The officials then went further, issuing a warrant for Sylvia’s arrest over this nonviolent misdemeanor charge, just to be sure that she spent a day in jail. When the district attorney’s office, which had been kept in the dark about the plan, learned what had happened, it dismissed the case—but not before Sylvia spent a terrible day sitting on a cold metal bench in a cell wearing handcuffs and an orange inmate shirt.