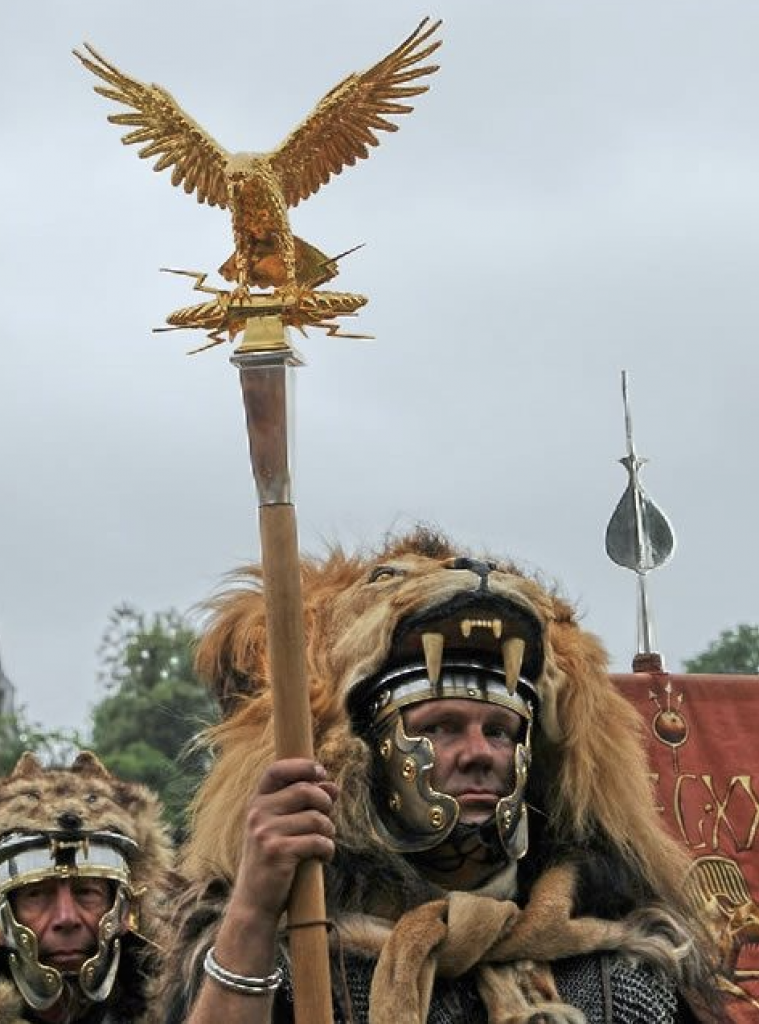 Pikers to my right!
Pikers to my left!
Archers prepare to fire volleys!
The rest of you sons of bitches, follow me!

‘The Appian Way and Jesus the Christ’s Pain’

i was on the Appian Way when six thousand cried and begged for death-
Crucified as an example to everyone of Rome’s rathe-
Never step out of line, or cross the dictates of Rome-
Or a slow lingering death could very well be your next home-
Was there when Jesus the Christ’s “followers” cowardly switched sides-
Insulted and jeered him as in great pain and disappointment he died-
All of Europe trembled in fear of the approaching Viking ship-
as i stood in it’s fore, sword upraised, ready to rip-
Their lives, their gold, their silver from their cowering towns-
Making their kings show themselves silly, cowardly clowns-
Rushed the field at Hastings, sword upraised in my hand-
Dealing death and fear at the sight of us in their Land-
Slaughtered for the Church and God on more than one “Crusade-
As mayhem, sorrow, death were under the cross made-
In the name of what we thought was good and right-
To the Land of antiquity we became a violate blight-
Was there at Valley Forge, was at Yorktown when Cornwallis gave in-
Was there when Americans lost their freedom again-
Was there at the South’s stand against the Puritan disease of evil-
Of rape, murder, robber, arson, starvation, certainly not civil-
Was there when the final rush for Berlin was made at long last-
Evil before me, evil to my back, Truth, Honor, Humanity, memories from a distant past-
Was but a child when Israhell made Kennedy’s head explode-
Saw the death of morals and honor, America, evil’s new abode-
Now the time has come to put the evil treasonous scum on the run-
Who support evil against Americans, who have become undone-
By an evil virus known to all of mankind in days of old-
A deadly terminal virus which eats the infected’s mind and soul-
The zionist virus has infected the clueless American sheep-
Causing them to cheer pedophilia, murder and to keep-
Their eyes/ears closed to the incessant knocking, the freeing sight-
Of the fellowship brought by the blinding illumination of the Light-
From their eyes and ears, the scales must be ripped free-
So they can in a new illuminated knowledge plainly see-
They must return to Natures Plan of Rules and Moral Code-
Of do no first harm to others and not self-righteously to load-
America on the back of the snarling vindictive bucking beast-
Of Karma, to ride in pain and sorrow, until America will finally cease-
Her claims of innocence in the many an evil unnecessary war-
Which she thrust on innocent people, who lived in lands Afar-
From the shores of the American dream of good in the heart-
Of all true Americans who will never part-
With the hope for a people and land gone terribly wrong-
Who sold their birthright for a quick dance and a fleeting song-
Rally together lads, like your valiant ancestors of old-
Stand up for your land and people in ways honorable and bold-
So she can again give birth to a people, harsh in wars of defense-
But stay home from wars afield in other lands, for shekels, dollars and pence-
The Ole Dog!