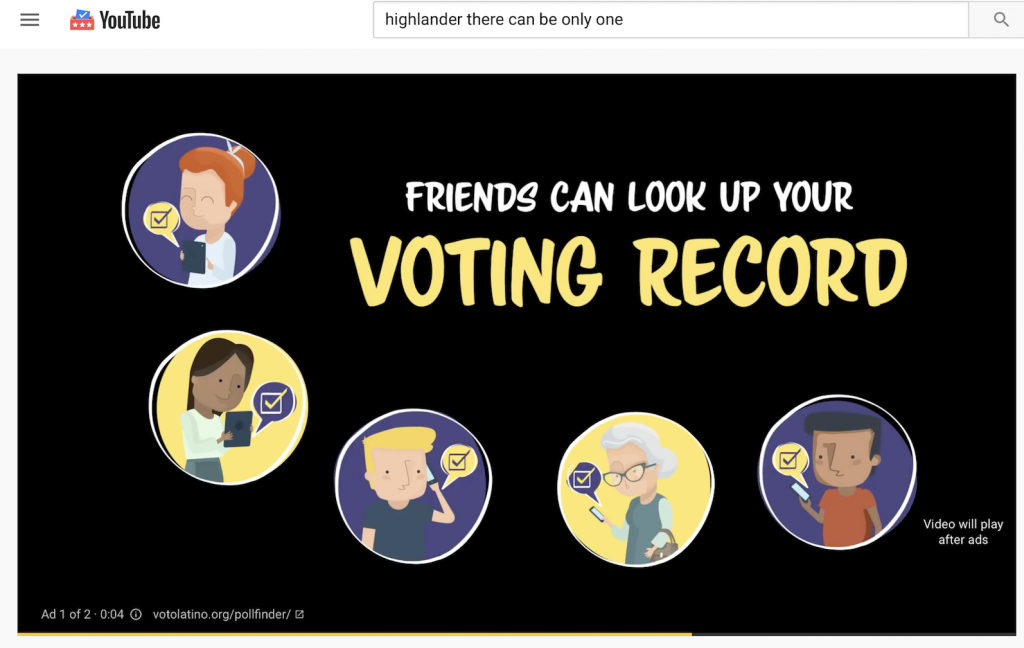 These a$$ holes are threatening to send mobs in the middle of the night to kill your children, rape your wives, if you do not go vote in the illusion of elections run by the treasonous to America baby Rapers from Sodom & Gomorrah on the Potomac!

I expect to see the FBI arresting those who wrote/sponcered the add, as well as the top executives of YouTube before the week is out.

Or the FBI will be treasonous and protecting baby rapers! They are damn well trying to blackmail folks with terroristic threats to be forced to vote in the pretend elections of the baby raping capitol of USA, Sodom & Gomorrah on the Potomac.

“We are going to find out if you voted!
And what”
Shame them?
Get a mob to visit them in the middle of the night?
Murder them?

As one who is too intelligent  to vote in the child rape capitol’s pretend “election” for head puppet of the sub corporation of the evil; of the Ratschild run “British empire”, I feel threaten by this group, this add, and YouTube which helped them threaten and traumatize me, trying to scare me into “voting”!

I think I will sue the group and YouTube for several million dollars so I can seek peace from the fear they have threatened my  life with!