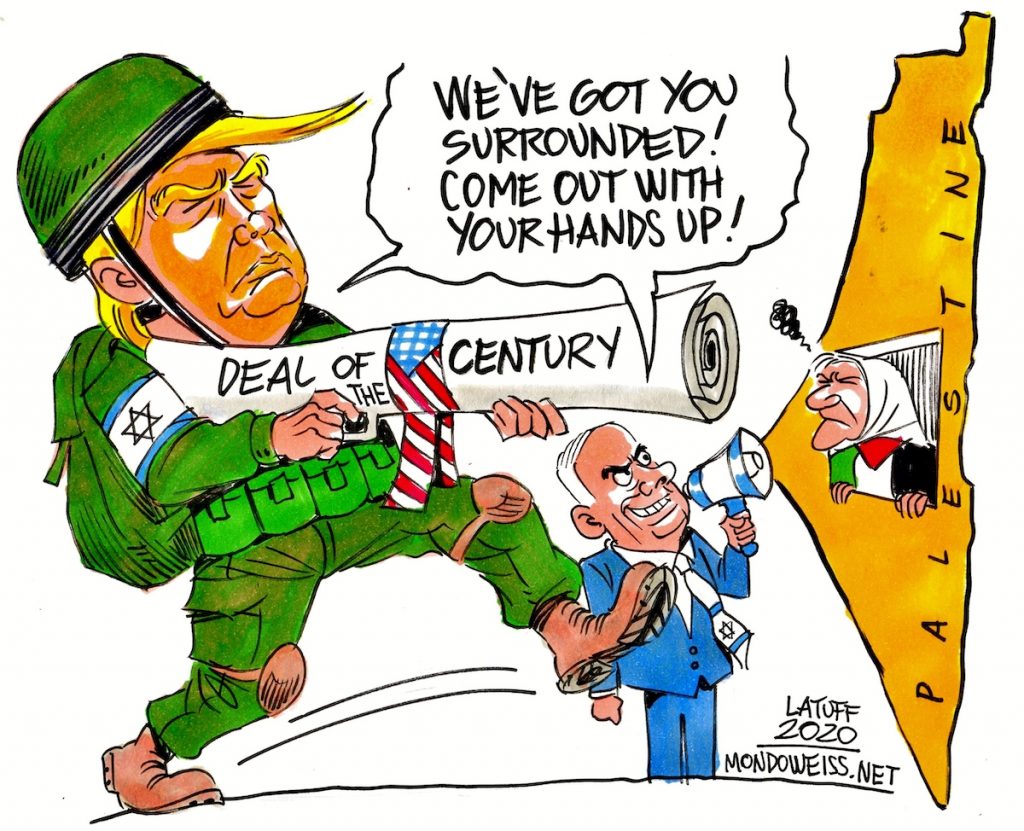 October 09, 2020 “Information Clearing House” – I am old enough to have been able to see Palestine slowly strangulated over the past few decades, with us natives who trace ancestry thousands of years here kicked out or squeezed into cantons/open air prisons like Gaza and Bethlehem. Old enough to have researched events even before I was born and wrote books about them (like Sykes-Picot, Balfour-Cambon, Gawler, Hertzle and more). I am old enough to have personally witnessed Arab leaders’ corruption and treachery. I am old enough to personally witness rampant racism from white European Jews who think they are entitled to steal our land because they belong to the Jewish “people” (actually Judaism like Christianity is a religion for many people of diverse backgrounds). I am old enough to have worked with hundreds of decent Jews and tens of thousands of decent Muslims, Christians, Hindus, Atheists, etc towards peace and justice. I am old enough that when dates are chosen for treasonous signings like yesterday at the White House (now the name fits because it emphasized white rule), I can immediately link why 15 September (squarely in the middle of anniversaries of the Sabra and Shatila massacres and of the signing of the sell-out Oslo Accords).