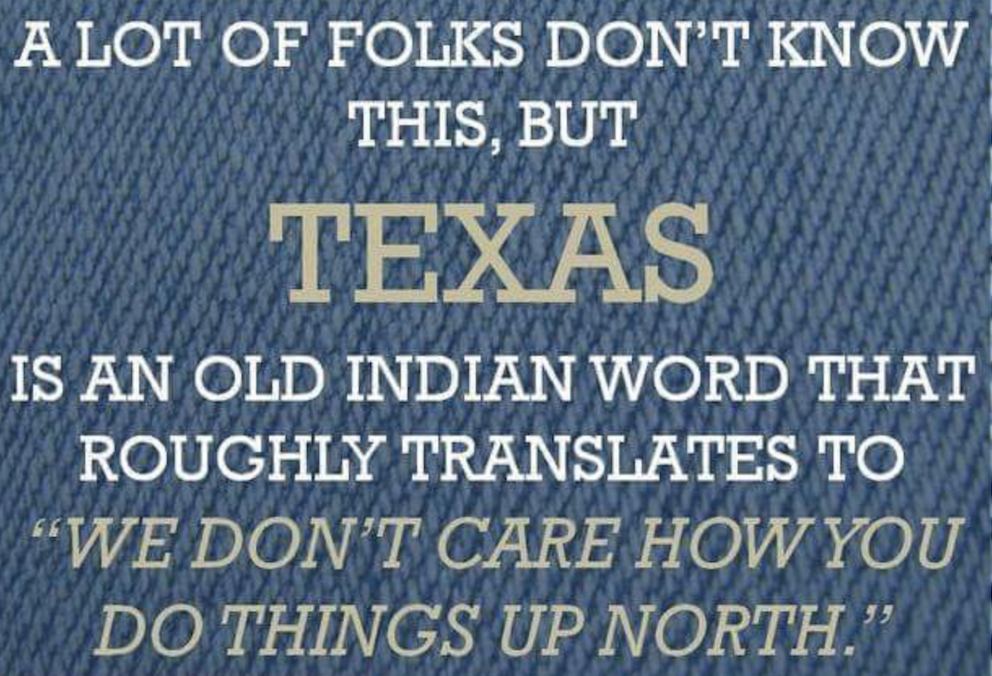 Which is a real nice way of telling you if you can not trace your roots back to before the surrender of the Texas Forces in 1865, and the 155 year Military Occupation of the Republic of Texas, we Texicans who can don’t give a flying trapeze what your opinion on jack $hit is.

In addition if you are having diarrhea of the red Russian,  yankee or Mexico Pie Hole while making a Shit Hole of the Occupied by DC/USA, a For Profit (you are the cattle USA Sheep Monkeys) International Anti-American Corporation run by the red Russian Ratschild’s British Empire, of which the USA Corporation, is a Sub Corporation of, having been incorporated under British empire “law”,  Republic of Texas, there are roads going North, South, East and West.

And your sorry mouthy foreigner’s whinny self righteous   a$$ can get get a U Haul on Damn near any corner.