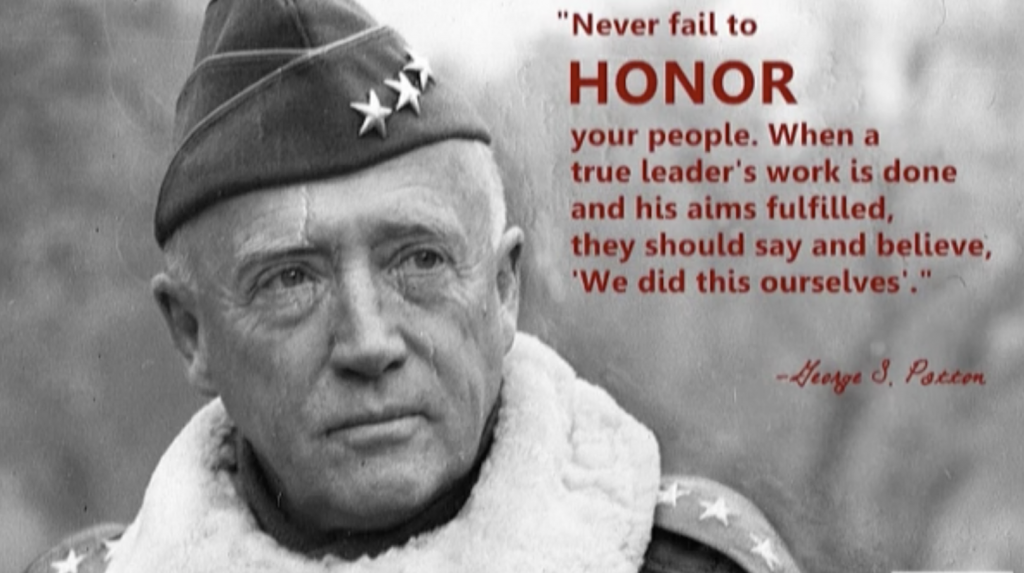 Ole Cousin George, use to tell his officers, Loyalty is built Top down, not \Bottom up.

In other words, your “Leaders” are supposed to Lead.

Be first Loyal to your Troops/People, and your troops will be loyal to you in return.

He stressed every man in his army, was just as important as any other man in. his army, as without the doctors, truck drivers, cooks, grunts, whatever, the men pulling the trigger, would not be there for lack of fuel, and could not fire their weapons for lack of ammo.

Them ass holes, the sold out whores which gravitate to Sodom and Gomorrah on the Potomac, have decided the average American is a cow to milk so they don’t have to sweat and dig ditches.

You can have a shit hole country running a rail road that way.

But you can not have a good moral economically sound society or country with such evil self serving delusional Micky mouse shit!

The Horsemen are coming to America because Americans are a stiff necked people who support the evil USA/DC does, and REFUSES to repent or accept the pain of spiritual growth required for a heathy country and society to grow.

The Beings which were sent to help Humanity, must sit this one out.

They are forbid to assist evil, the Dark side.

USA/DC, is a part of the Dark side.

No matter which side one would aline themselves with, one would still be serving and assisting the Dark side.

Only Americans can save America.

They must look inward at the lust / evil in their own hearts, every damn one of them individually, to find the reason they must beg for forgiveness for their PERSONAL / Collective evils, before they will even consider repenting and  begging for forgiveness.

Thats why the Horsemen are coming.

Americans are repenting of everyone else sins but their own.

Americans REFUSE to look inward for the reason America is a Shit Hole.

The Horsemen  are Very good at their job.