I went today to a local corporate grocery chain, because the corporations put all the family grocery stores out of business.

Under Bexar County, Occupied by the USA Militarily  for 155 years and counting, Republic of Texas, lies a natural reservoir of some of the most pure unadulterated water on the earth, unless it lays frozen in glaciers at the poles.

At the end of this time, not legally, but out of the barrels of rifles and from burning tens of thousands of unarmed civilians to death in  numerous cities and towns across the South, the Sovereignty  of the States, both conquered war prizes from their criminal war against a foreign country,  and the Norther States which stayed with the out of control DC Crime Cabal, was no more.

They became militarily occupied possessions of  a criminal corporation, not a “government”,of and by the American people.

The Souls living on the face of the many conquered States, became slaves, chattel slaves disguised as “free people”, who had to pay a good chunk of the fruits of their labor to the corporation, while being responsible for feeding, caring for, housing themselves.

As a result, the USA occupying Texas, Republic of, using enviormenta rulings from the yankee’s own courts, to force Texicans from pumping as much water from an source holding more than enough for normal use by all.

No, not saying waste it, but there was no danger of running out.

However, a tiny minnow, living in spring fed water, would have no water if use pulled the level below a certain point.

This could happen on very dry years.

In fact, the springs did go dry in the 1950s in the bad dry years, the tiny minnow was taken out, put in other water till rains came, then put back in the springs.

Anyway, the San Antonio Water System, pumps up this pure water, puts chlorine  in it to kill contamination by city pipes and holding tanks.

However, the City wanted to dump the Hazardous industrial waste by product Fluoride, (not the naturally occurring in some water naturally  fluoride, into the city water supply).

Took em three elections using taxpayers money against them to overcome with marketing and lies, the communities determination not to be poisoned with a controlled hazardous waste by  product which eats up plumbing and make kids who grow up drinking it have  lower average IQ scores than kids who were not forced to drink the chemical cocktail.

I never figured out which political whores got the bribe money.

They all probably got their slice off the pie.

That why I buy spring water by the gallon, sometimes 20 gallons at a time.

Do not boil eggs in the Cities chemical brew.

Do not give my animal friends, dogs and cats, fowls  of the air I feed that witches brew.

Family don’t drink it, add its to drinks, food.

The whole prostituted MSM and many controlled “opposition sites” are acting like the end of the world is coming with this virus no one is sure if it is naturally occurring or man made, and if so, by who, is going to wipe out humanity.

Every year there is some flu or virus going to kill off half the world to hear the “news” media.

All the rest of the sheep have to see to stampede, is is one or two sheep start running while bleating in fear and the whole damn flock will follow, right off the edge of a bluff if one happens to be in the path of their mindless panic, fear and mad rush to keep up with the rest of  the flock.

Which brings me to today.

Went to the corporate grocery franchise, got some coffee filter, (I gave up a lot of things with age, I will be damned if I give up coffee), a couple of gallons of milk, and 20 gallons of the store brand’s spring water.

At the check out stand, I was informed I was only allowed to buy 4 gallons of water because of the medical emergency.

They think if their number is up, having a stock pile of spring water is going to stop the hand of death reaching out and pulling that fearful sheep soul out of the bleating in fear sheep?

I always loved standing outside watching a good thunderstorm.

The lightning and thunder are exhilarating shows of the power of Nature.

My wife used to frantically call for me to come in or the lighting would get me!!!!!!!

I tired of this one day, turned and said, if God has decided it is my time, I could be hiding under the bed in there, and God would still shove that lightning bolt up my cowering ass!

She doesn’t  bother any more, she does not understand the Ole Dog, but she  understands there is one who watches over me.

That and I am as stubborn if not more stubborn than she.

I recall a couple years back, there was a hurricane at the coast. Some of San Antonio’s usual gas supply got diverted to the coast for needs there.

About 95 percent of San Antonio sheep freaked the hell out!

There were miles long lines at gas stations, all over  people burning gas running the AC’s in their  cars while they waited for hours for more gas.

If everyone went about their normal activities, got gas only  when they started getting low, there would have been plenty, and no god awful miles and hours long lines! 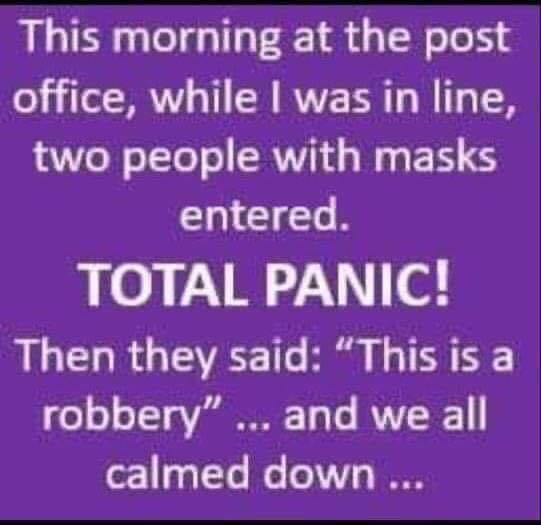