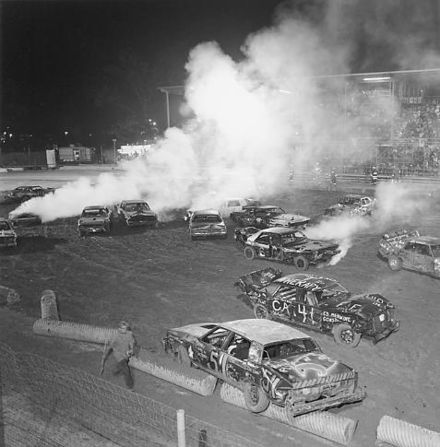 Daughter has had two vehicles taken out by wetbacks.

They were in the wrong both times.

I traded off a 4 cylinder  Tacoma pickup, for a V-6,  because it did not have the get up and go to get out of their way.

One day I was sitting at a red light.

Two lanes of traffic each way.

Turn only lanes on the right, and left.

This wetback, got in the right hand turn lane, sat there till the light turned green, took off, drove through the cross walk, (luckily no one was crossing), down the bar ditch trying to get ahead of me so he could hit me getting in front, while driving through crosswalks and bar ditches.

I went down and traded it in for a V-6, which is the only thing saved  me in the same damn situation, in the same place, couple years later.

But I suppose I should start at the beginning and  take you through my driving day.

Do a lot of picking up grandkids and hauling them around.

Was going to get one grandson from school.

On the way, I was in line to turn left on a protected green arrow light.

The wetback in front of me, who has no license, and does not know our traffic rules, dead stopped on a green arrow, because there was a truck coming the other way, had his blinker on to turn also.

After I got on my Mexican door bell, (horn), he went ahead, and traffic resumed.

Later I was taking the same grandkid to boxing lessons.

We got to the two forward lanes, one left turn only, one right turn only.

A wetback got in the right turn only lane, light turns green, he guns  it, runs through the crosswalk, and down the bar ditch.

That got me going, and I told the grandson, how the exact same thing, at the exact same place, was the reason I had a V-6 Pickup rather than a 4 cal.

Then told him about the illegal Mexico  criminal who dead stopped at the green protected turn arrow earlier.

We happened to be coming up on the light where it happened, and as it turned green, another Mexico illegal Criminal dead stopped almost causing wreaks again, because of a car had the right turn signal on, coming the other way.

Maybe I need to sue the CITY OF SAN ANTONIO, which welcomes, nay, BEGS  these criminals  to  come illegally,  abuse San Antonio folks, rape/murder their children,. wife and daughters, run over babies while drunk at noon, rob stores and tell you how wonderful Mexico is, for the money I loose every time of of mayor pendejoberg’s illegal pedophile Mexico criminals takes out one of our vehicles?

Folks, when you go to someone else’s  country, you are supposed to behave yourself, and obaide by their rules, not yours, because you are not in YOUR country.

It is only right to behave  yourself in someone else country.

You are a Guest in someone else country.

Little respect for Texas rules and laws would seem to be in order here.

But the San Antonio Police have been ordered by city hall to keep their hands off of their illegal wetbacks unless they do kill someone, rape someone.

Then they try to ignore it, and turn them loose on bail as soon as they can, so they can move to another Texas city, rape, rob, run over murder and steal from folks in another Texas occupied city.

I think this is about enough of this Micky mouse shit!