“Syria Accuses US Of Stealing Over 40 Tons Of Its Gold”

So Face Books “community standards”  is to hide the truth of WASHINGTON DC’s war crimes?

Here is the original article, from Zero Hedge.
https://www.zerohedge.com/news/2019-03-08/syria-accuses-us-stealing-over-40-tons-its-gold 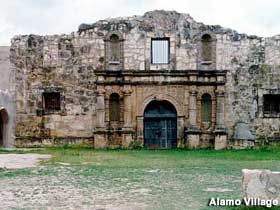 Julius Caesar was a damn fine General, knew how to play the crowds, knew the intricate details of blackmail, debate, bribery, adultry, but he had a fault!

Well, actually, he had several, being forgiving to people tried to kill him being one, another being, he had an eye for the ladies!

Got his ass in and out of more cracks than one could count.

Anyway, he thought he would go back, do a better job of kicking the Celts asses in the Isles, but the whole damn bunch of sailors, know how sailors are, got drunk, passed out, sailed right by England, by the time some of them slept it off, dragged their asses up, they were in the middle of the Atlantic.

A storm blew up, and this multi colored Horizon, came slowly closer, until it engulfed all the ships.
All track of time was lost.
no matter which way they sailed, they could not leave the shimmering colors around them behind.

After a long time, a deep sleep fell over them.

Julius opened his eyes, saw the colors where gone, the sky was back to , well not quite normal, there was a white hot sun where he had been used to a warm yellow one, and across the sky, flew some giant bird, screaming in pain, or anger!

He looked ahead, and roused the crew, as on the horizon, was land!

They stepped off the ships onto dry land, but no one was sure where.

Caesar ordered the troops into marching formation, and leaving a guard on the ships, he led the Legion off.

The saw a strange world, with strange buildings, with bright lights, but without flame.

The dark of night hid the Romans as they marched.

Caesar called a halt, as he came to a river.

There was a solitary figure standing, looking across the river, with haunted eyes, at a city alive with all manners of base business and debotury!

Caesar called out, My fine fellow, could you acquaint me with the name of yonder city?

The man turned around.
he was tall, but sickly looking, one could tell from the wrinkles he had spent a lot of time outdoors.

He walked Up to Caesar and said, that city, is named after me.

It has brought shame to a name, once was a good name.

i did alright when I was young as a military man, until later in life, i started running with the wrong crowd, politicians!

Caesar shook his head, that is never good, there must be trust between the leader and his men in an army!
How can the men of an army trust their leader if he hangs out with politicians?

The old man said, i crossed a river with an army, and won a great victory, i like to remember that, before i messed up.

i was just looking at the Potomac, wondering if i should get the boys back together, cross the Potomac, try to save the land, save America, because, i and the sheep, took a wrong turn somewhere, and it did not turn out well.

Caesar said, i crossed a river once trying to save a people, a country i loved, from themselves, and them bastards been trying to kill me ever since!

Caesar Asked the old man, you think they worth saving?

The old man said, no, not really!
Already crossed the damn river twice trying to save those un honorable ass holes, they murdered me both times!

This time, i am thinking of just going to Texas and BBQing a damn goat.
Want to come?

Caesar said, hell, why not!
Not in any hurry to get back to Rome anyway!
Rich ass hole politicians keep sharpening their daggers and grinning at me!

They got any good looking women down there in this Texas?

The ole man grinned, making him appear younger, than his usual stern appearance.

Sure as hell do!

Tell you what, there was this Statesman named Davy Crockett, got tired of all the whining, bribes, crooked laws, underhanded deals, pedo politicians, he told em, You all can go to hell!
i am going to Texas!

And the two men, did a sharp military about-face.

Caesar spoke, and the legion, spun as one, and started Marching to Texas.

Now, i generally tell the truth, but might take some poetic liberties with the truth, to make a dull story more interesting!

To cross those rivers, or not to cross, that is the question!

Texicans are not free when the occupation Vincy “State government’s” bag men and leg breakers can murder Texicans any time they feel like it, using  any made up lie they damn well feel like using.