My grandfather Carleton, was born under a military dictatorship. Born in Texas under occupation military “government”.

When he was nine years old, still under Zionist Yankee “reconstruction” occupation, a lot of carpet baggers were coming South to see what they could steal from the Southern people.

My great-grandfather was Methodist Circuit riding Minister, and a medical doctor. He was gone a lot. Seems the reason Carletons had so many boys, was so the boys could work the farm, while the father, could travel around the country.

At nine, my grandfather was living on the family farm out side Llano, Texas. There was a wagon road came within distance to the house so that travel could be heard. Two wagon tracks ran out to the wagon road, which took a curve around the property. Wagons did not move that fast, so one took the wagon path heading in the direction on the road, one was going to travel.

One day, my grandfather heard travel on the road, so he and his bulldog walked down to see who was moving.

Around the bend comes several wagons. In the lead wagon was a self-rightious, smart ass, thieving zionist yankee. At that time they called themselves “Puritans”. He stopped his wagon and called my grandfathers dog over and tied him to his wagon. My grandfather said, Hey Mister, thats my dog”. Damn zionist yankee said, “he’s my dog now”.

People in the rearward wagons, told the ass, “Don’t take the boys dog”.

He Just laughed and said, “I told you I was going to get a good dog before we got there”. Climbed in his wagon and drove off.

My grandfather ran all the way back to his home, grabbed the 12 gauge double barrel, and ran all the way out the other track. When the wagons came around the curve, my grandfather was standing in the middle of the road pointing the business end of the shotgun at the yankee scum. He eared bothe hammers back. So mad he was crying, he told the thieving yankee, “mister, if you don’t turn my dog loose, i am going to kill you”!

The Zionist, very carefully got down and turned my grandfather’s dog loose. The wagons drove off.

Now, i do not know if he got a dog or not, but i do know he did not get my grandfathers.

The moral to this story is that a good twelve gauge shotgun trumps Zionism every time!

Time to educate yourselves Mr. and Mrs. America.

Time to Get a good 12 gauge double barrel.

Time to get er done. 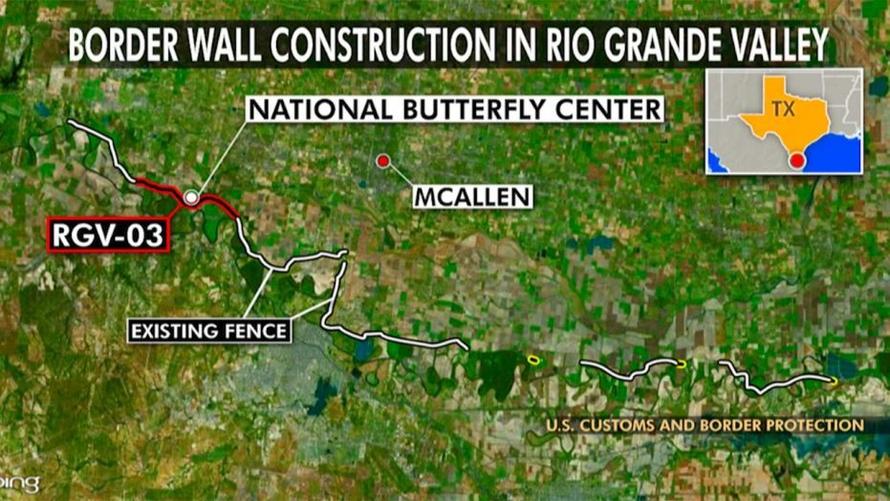 The Rio Grande Valley, an area located in the southernmost tip of South Texas, is seeing increased signs that a border wall or fence is imminent: heavy machinery gathering near the Rio Grande, wooded areas being cleared, and residents receiving letters from the government asking to survey their property and possibly seize it through eminent domain.

Gary Jacobs, a former chief executive officer of Laredo National Bank, had an in-depth conversation with Bloomberg about President Trump’s border wall could trigger a massive backlash from Texan landowners.

Texas, a state where Trump defeated Hillary Clinton by 9% in the 2016 presidential election, shows the political complexity at play.

After Trump declared a national emergency last week to access billions of dollars in funding, some landowners in Texas fear that the Trump administration could seize their land.

“The way the eminent domain laws are written, we have no rights,” warns Jacobs. “That’s the issue. It’s not what they’re going to build. It’s how they’re taking the land.”

Not long after Trump invoked the National Emergencies Act, the Legal advocacy group Public Citizen filed suit on behalf of landowners in Texas.

Public Citizen is claiming Trump exceeded his authority under the federal National Emergencies Act because there is no crisis at the border, and that a declaration of a national emergency to build the wall violates the separation of powers, more or less, it is unconstitutional for Trump to declare an emergency because Congress already declined to appropriate the money.

Texans have had a rough history of the government claiming eminent domain for highways, and oil companies have used it to lay pipelines through private property.

“Philosophically, that’s abhorrent to me,” says Jacobs, 77, who considers himself a Republican at heart but has voted for Democrats in the past.

Mark Jones, a political scientist at Rice University in Houston, warns if Texans see about 20 eminent domain filings relating to the wall, it would then be enough to trigger a possible collapse in support of Trump’s wall among the state’s Republicans.

While Jacobs condemns Trump’s wall, he makes it clear to Bloomberg that he advocates for stricter enforcement of immigration laws and supports the Border Patrol.

This is the same sentiment shared by Mauricio Vidaurri, whose family’s ranch along the Rio Grande dates back to 1750.

Vidaurri said the real problem on the border is “the feral hogs.”

He works for the US Customs and Border Protection and has somewhat of an inside take on the border issues, advocates for stricter immigration laws.

He says the wall threatens to divide the earth that contains his family past.

He expects the government to send a letter any day saying he must give up his land for a border wall.

With more than 1,000 Texas landowners at risk of the Trump administration seizing their land for the border wall, the private property debate in Texas is undoubtedly going to be a significant topic in the 2020 election, one which could impact Trump’s vote in the Lone Star State.

How secession was finally declared illegal.

In a legal examination of the right of secession no case has been thrown in our faces as Texas v. White. With this case the Supreme Court of the United States declared secession was not constitutional. The case concerned some government bonds owned by the State of Texas. By Texas law they could only be sold with the governor’s approval and signature. After secession, the State of Texas needed money to continue its war effort. The Texas legislature voided the requirement of the governor’s signature and sold the bonds. After the War, the Reconstruction government of Texas sued to reclaim the bonds on the grounds that the sale was illegal.

The only way that the Supreme Court had jurisdiction was if the suit was between “a State and Citizens of another State” (US Constitution, art. III, sec. 2, para. 1) and Texas had purported to secede from the Union. In order to write Radical Republican doctrine into the Constitution, Chief Justice Chase found it necessary to hold that secession was unconstitutional (Texas never left the Union), but that the Reconstruction government of Texas (a government created by the U.S. Congress) had standing before the Court. He did so in a single paragraph: The Articles of Confederation had declared the Union “perpetual”. The preamble to the 1789 Constitution had declared that the Union was even “more perfect”. “What can be indissoluble if a perpetual Union, made more perfect is not?” This doctrine of the perpetual Union made more perfect would be reaffirmed in White v. Hart where the Court declared that the State of Georgia had never left the Union. In making his ruling Chase ignored many of the legal arguments that had bearing on this case.

Third, Chase stated that the seceding states had forfeited their rights, but not their obligations. He never addressed the question of how this could be if, as he contended, the States had never left the Union in the first place. If the Confederate States had never left the United States they would still retain all their obligations (White v. Hart) and all their constitutional rights. The doctrine of lost rights with retained obligations was a concept of the Radical Republicans created by them to reconstruct the South in their own image.

Fourth, Chase never addressed the fact that earlier Supreme Court decisions had declared Confederate State governments de facto governments (Thorington v. Smith, Delmas v. Insurance Co., and Mauran v. Insurance Co.) in all acts that did not further the aims of the rebellion. While he could have argued that acts supporting the secession could be punishable as treason (art. III, sec. 3) he never did. Interestingly, while these acts might have been considered treasonable, that did not in and of itself prove them to be unconstitutional (Yet another can of worms that Chase chose to ignore). Also, even though States were forbidden to “engage in War”, the Constitution contains an exception in the cases of actual or threatened invasion (art. I, sec. 3). While Chase could have argued that the invasion clause did not apply to federal troops seeking “to enforce constitutional law” he did not.

Fifth, Chase never addressed the constitutional question of the legality of secession, just declared it illegal. An interesting argument in favor of the right of secession can be found in “A View of the Constitution of the United States”, by William Rawle.

Chase basically ignored all previous case law and the supremacy clause, and accepted without supporting argument the standard Radical view of a one-sided secession: The Southern states had lost their rights, but not their obligations. Although Texas had not left the Union, it had forfeited its right to sue. This was a pretty shaky thesis; if Texas was still a State, article III give it the right to sue. Justice Grier, the lone dissenter, protested, saying that if Texas had not left the Union, it had the power to repeal its own laws. Chase and company couldn’t accept that line of reasoning without destroying the Reconstruction Act.

Charles Fairman in “History of the Supreme Court of the United States, vol. VI, Reconstruction and Reunion 1864-88, part I”, says that the objective of this particular decision was to promote Chase’s firm belief that suffrage should not be limited by the laws of the past. He wanted a new start in who would govern the state, and required that the new citizens created by the fourteenth amendment participate in making the new start. Most of the Southern States had now completed that course of restoration (reconstruction). However, Texas was not of that number. Texas remained subject to the declaration of the Reconstruction Act. Its government was not “legal” but “provisional only”. “It suffices to say,” the Chief Justice concluded, “that the terms of the Acts necessarily imply recognition of existing governments; and that in point of fact, the governments thus recognized, in some important respects, still exist.” The conclusion was that the suit was properly brought and was within the original jurisdiction of the Court. This ruling also legitimized and “constitutionalized” the Reconstruction governments created by the Radical Republicans.

Professor David P. Currie, University of Chicago Law School, in, “The Constitution in the Supreme Court: The First Hundred Years,1789-1888” says, “In Texas v. White the Court went out of its way to embrace the Radical position that secession and all acts that served it were illegal, that the seceding states had nevertheless forfeited their rights, and that Congress could determine under the guarantee clause how they were to be governed. It did so essentially by fiat, without serious consideration of the opposing arguments … In Texas v. White, Chase finally succeeded in writing most of the Radical philosophy of Reconstruction into the Constitution.” 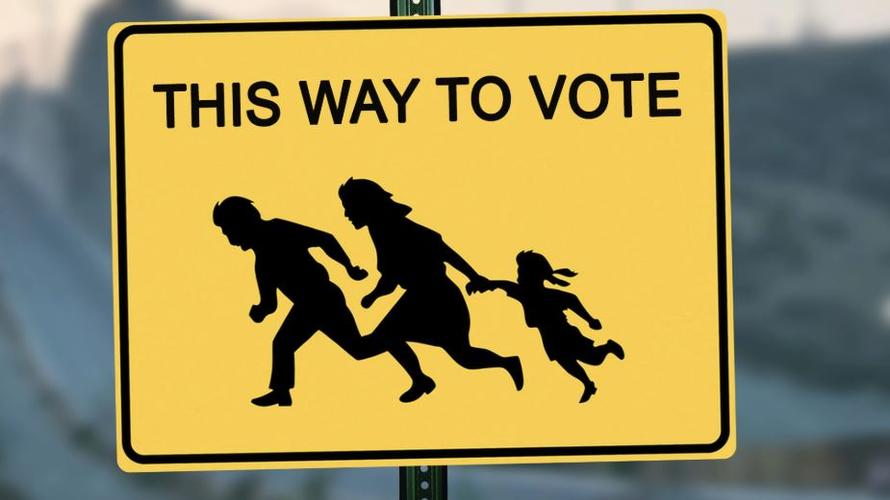